Hello interweebzz (yes that’s kinda stuck with me rn so bear with it for a bit longer). Firstly I want to give a huge thank you to aemiz for helping once more with redrawing this chapter.

Now its time to start with my rant of the post and this time is “Lord Of The Rings” I had the pleasure to watch the trilogy for the first time ever and I can only say one thing… That I cracked so many jokes in this three moves that I can’t even remember much on what was happening in the moves, but at least I do know now what the ring meme from all this years I see is from.

Well, time to make some stupid stuff for the characters and try to crack more jokes like in the move (though no one will find them funny ;-;)

Aragorn – Well, this guy is the classic OP dude that fucks with everyone and no one can touch him and that’s all for him not much I can say for the OP dude.

Gandalf – This grandpa is fucking around with everyone and no one can touch him he slaps everyone in the move and the scene with the “you shall not pass” cracked my up from the first moment, the grandpa was looking like he was trying to take a dump and he couldn’t push it out from the first moment to the last at the end he couldn’t do it properly too. Now if anyone has an doubt about this just check him face:

Yes he does look like he takes a dump. Now to the next one.

Legolas – This dude is fitted to be the best COD player in the world if he can shot so many arrows and not miss a single one (kinda). And kinda a troll to Gimli: 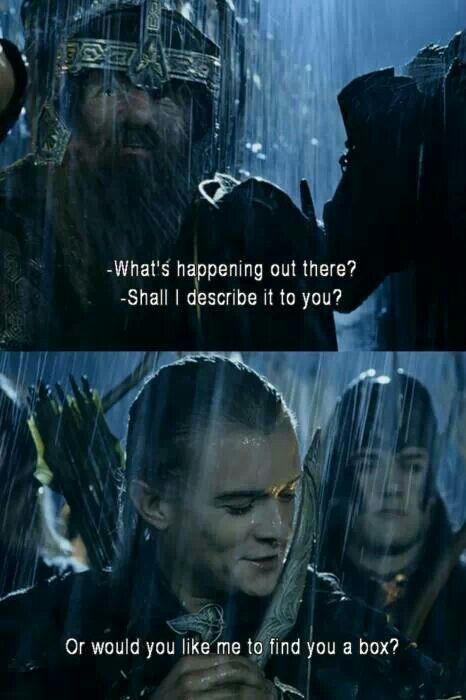 Gimli – Well shit this guy made my laugh the most in the move and he was the best character in my opinion in the move he was fucking around with everyone and he was the one that was shitting his pants the most from the start to the end of the move. The scene that cracked me up was the one that he touch the bow of Legolas and he made him to miss the shot and start the fight and he made that smirk face at the end.

Samwise Gamgee and Bilbo Baggins – Those two are the classic duo that the protagonist doesn’t do anything and just carry an object and the sidekick does all the work for him like he carry him to the top for fuck shakes and this dude almost fucked up at the end SMH this guy carry his ass from the get going I thinking on how much he carry him he would need a new back.

Well, that was it for this release hope that no one will kill me for this post (forgive me).

You can read the chapter here

Consider supporting us by hitting the ko-fi
link (under social, at the top).

We are always looking for more people to help us with editing and translating new series. If you are interested in helping us please follow the links at the top of the site at the recruitment bar to learn more.

Theme by Anders Noren — Up ↑